Book Direct with the Owner at Rosebud Cinemas with Accommodation Brunswick Heads in Rosebud, for all your Attraction and travel needs.

Originally located in the Broadway on Nepean highway, Rosebud cinema moved to its current address in 1977. It was then an independent cinema owned by Lloyd and Marie Whitaker and managed by Peter Hansen. It opened at this site on December 21st 1977 with a single screen. In 1983 a second screen was added and in 1994 a third screen was completed which permitted the complex to screen up to 24 sessions a day.

On the 20th November 1997 Rosebud cinema opened for trade after being transformed into a six-screen complex. It was then owned by a partnership between Lloyd and Marie Whitaker and Robert and Mem Kirby. 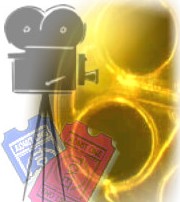 Accommodation Brunswick Heads welcomes Rosebud Cinemas in Rosebud VIC, we offer an experience that takes you on a journey of a life time in Rosebud. For all your attraction and things to do, book your adventure today.

Is Rosebud Cinemas in Rosebud your property on Accommodation Brunswick Heads, please claim your listing and subscribe to update your contact details and receive your phone calls and emails from your clients.